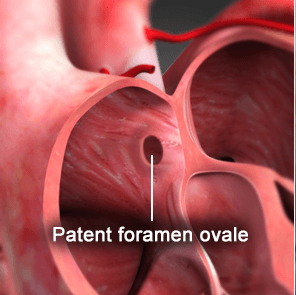 Congenital heart diseases (CHD) are the cardiac conditions present at birth, caused because of abnormal structures of the heart or the cardiovascular system. These diseases develop during the growth of the fetus in the womb. The symptoms of CHD may be apparent in childhood, but some patients may not have any symptoms until adulthood.

The symptoms of CHD in adults include:

Congenital heart diseases are diagnosed by listening to heart murmurs using a stethoscope and other diagnostic tests such as:

Treatment depends on the type and severity of the heart defect. Mild heart defects do not require any treatment. Other defects may require medications, surgery or invasive procedures. Adults with congenital heart disease should take precautionary medications to prevent endocarditis and be monitored regularly by a cardiologist.